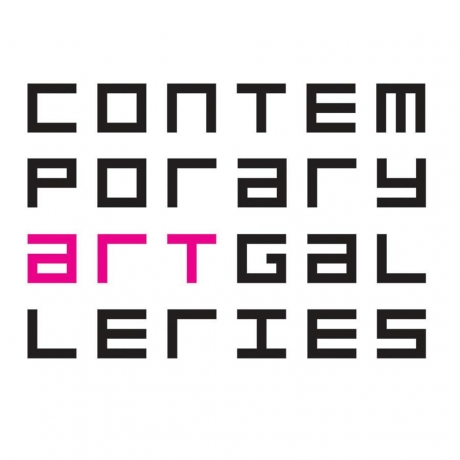 The Omnivore's Dilemma: Visualized is a vibrant exhibition of high quality works showcasing a range of styles and produced in a diverse media by internationally renowned as well as some new emerging talent. The works selected will reflect the specific content within key chapters in Michael Pollan's food-centric book, The Omnivore's Dilemma: A Natural History of Four Meals.

Allee photographs the outside world from indoors through windows, creating frame-within-a-frame narratives.

In this new series Allee has emerged into the daylight, but again is pressing his camera to record images that are not readily seen by the naked eye. This time he is directly facing the bane of daytime landscape photographers, glare. But instead of adding on the polarizing filters in an attempt to blunt the bright spots, he has gone the other direction and exposed for the rays bouncing into his lens. The resulting photos have a few bright spots and lines, but most of the scene is in a murky, total eclipse of the sun, darkness.

Photographer David S. Allee knows how to capture urban landscape at its finest probably because he has an eye for design—the photographer first began his career as an urban and environmental planner. For his latest exhibition, Dark Day, Allee reflects on New York and its scenery by photographing it in the daylight using tiny apertures and the highest shutter speeds possible, unlike his previous photographs in which he took pictures at night using intense artificial lighting. So at first glance, we might assume his images of the J train, the Trump International Hotel and Tower, and Goldman Sachs headquarters were taken at night, but in reality, Allee captures the texture of the sun’s brightest reflections, showing New York in a whole new light.

Allee's stark and hypnotic photographic series Dark Day enables us to explore a side of our city - including the J train, the Trump International Hotel, and the headquarters of Goldman Sachs - that we wouldn't normally be able to see.

Process, exposed: In much of Allee's earlier work, he photographed locations at night using strong artificial lighting and extremely long exposures, catching landscapes in a time suspended between night and day. He went with the opposite approach for Dark Day, shooting on sunny days using tiny apertures and the highest shutter speeds, with exposures reaching up to 1/10,000th of a second.